Brighton Mazda is a family-owned and operated business based in Melbourne's south-eastern bayside suburbs. We're committed to making buying and servicing your car an exceptional experience, and that's why we've invested in building a brand new state-of-the-art dealership for our customers.

We're proud to offer an impressive showroom built with customer comfort in mind. You'll find a fully stocked customer lounge with tea, coffee, soft drinks and television available while you wait to test drive or service your car. Our children's activity area includes mini chairs, toys, games and television with cartoons to keep your children entertained. You can view the showroom and service centre by exploring our virtual tour or watching our introduction video.

Our friendly staff are specialists who are proud of their association with Mazda and look forward to assisting you when searching for your next new car.

Brighton Mazda at a glance:

Our team is dedicated in providing you with the best of care at all times, so whether you are buying, selling or leasing, come and find out why excellence costs no more at Brighton Mazda.

Brighton Mazda love getting involved in our local community - especially when it comes to art, culture and sports! 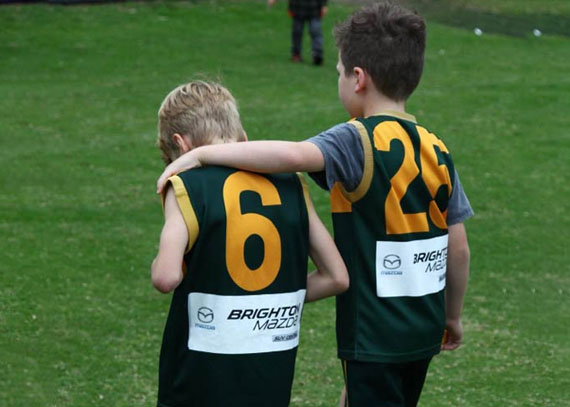 Brighton Mazda are proud to be a major sponsor of the Junior Hampton Rovers, one of our fantastic local sporting clubs. The Hampton Rovers Amateur Football Club is one of the largest Australian Rules Football club's with almost 500 registered players, plus almost 200 Auskick participants. The Rovers offer a pathway from young starters in Auskick right through to Senior football playing in the VAFA. The club boasts great facilities and a great name in the Hampton community and football circles.

Visit the Hampton Rovers website to find out what special offers are available to club members, their family and friends. You can keep up with all the Rover’s action on Facebook page or Instagram. Go Rovers! 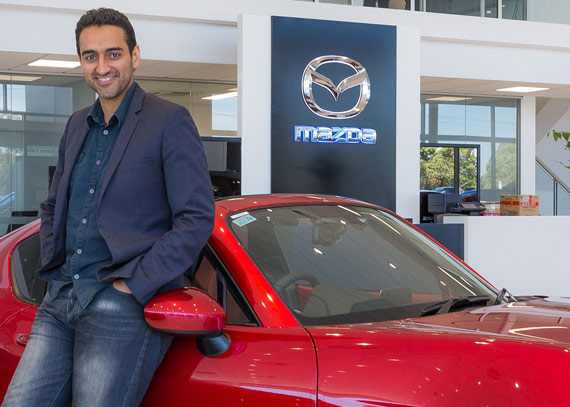 An award-winning journalist, column writer for The Age, lecturer at Monash University, musician and host of The Project, Waleed Aly is one talented Melbournian! With so many jobs on the go Waleed needs to get around Melbourne fast - so that's why we've sponsored him with a Mazda MX-5. Naturally Waleed requested his MX-5 be in Mazda's soul red - because everyone knows that red cars are the fastest.

Waleed is a fantastic brand ambassador and friend of Brighton Mazda, taking time out of his busy schedule to help us MC guest experience events at the dealership. We look forward to working closely with Waleed on local community matters and raising much needed funds for our chosen charities. 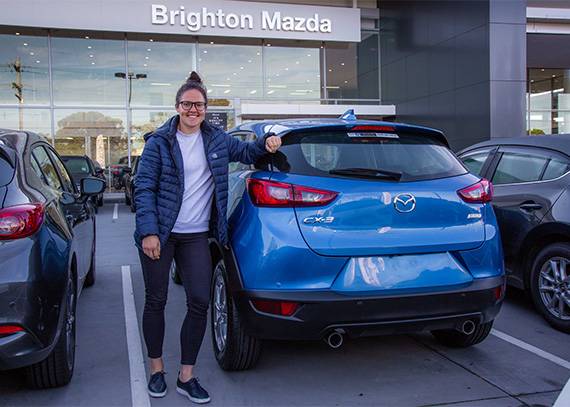 Emma Kearney is a dual athlete at the top level – she plays in the AFLW league for North Melbourne and for the Melbourne Stars in the WBBL. An absolute star player, Emma lead the Western Bulldogs to win the 2018 Grant Final and was awarded the AFLW Best and Fairest. She then took a contract with North Melbourne for the 2019 season.

Her cricket career is equally as impressive. In her first season at the Melbourne Stars, she took seven wickets from twelve matches and was the club's most economic fast bowler.

When she’s not driving between footy and cricket practice in her Mazda CX-3, Emma’s running kids workshops as a sports and recreation coordinator for the North Melbourne Football Club. Brighton Mazda are thrilled to welcome her as our newest brand ambassador and can’t wait to see the new heights Emma reaches for in 2019. 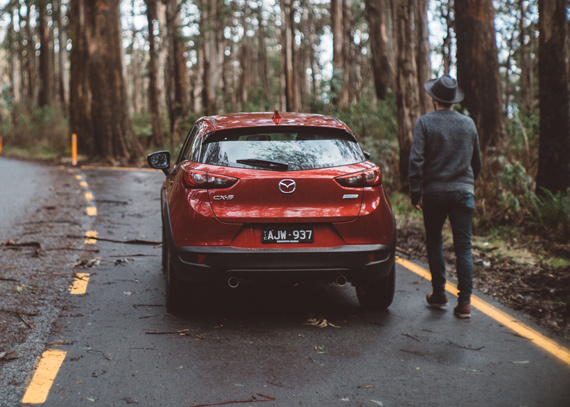 Chris Cincotta loves Melbourne as much as we do and Brighton Mazda are thrilled to be able to sponsor him with a brand new Mazda. Chris spends his time between his two biggest passions - photography and charity. When he's not out taking incredible photographs of our amazing city, he's helping those in need with his inspired random acts of kindness. Chris is the author behind two massive social pages, Humans In Melbourne and Melbourne I Love You, with almost 200,000 followers. 'Humans In Melbourne' is now a successful hardcopy book.

Chris uses his social influence to support those less fortunate and it’s for this reason Brighton Mazda have lent him a brand new Mazda. Now Chris has the means to go that extra mile for Melbourne's humans in need. You can follow Chris' random acts of kindness and incredible photographs of Melbourne on Instagram and Facebook. Now with extra Zoom-Zoom thanks to Brighton Mazda. 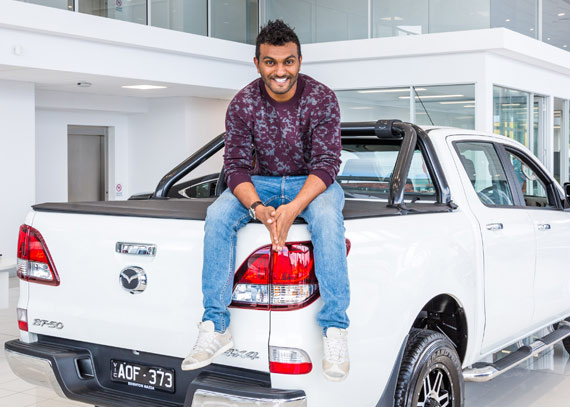 Nazeem Hussain is a Melbourne man of many talents - comedian, actor, radio presenter and all-round talented TV personality. When he's not travelling abroad on a stand-up tour or off filming the next big thing in comedy, Nazeem is cruising Melbourne's streets in a Brighton Mazda CX-5. Brighton Mazda are huge supporters of local artists and of course we love a laugh, so Nazeem is a perfect fit as one of our brand ambassadors. We keep telling him jokes aren't an accepted form of payment for a new car but he just won't take no for an answer.

You can keep up with Nazeem's antics on Facebook and Instagram where you're sure to enjoy some quality lol's. 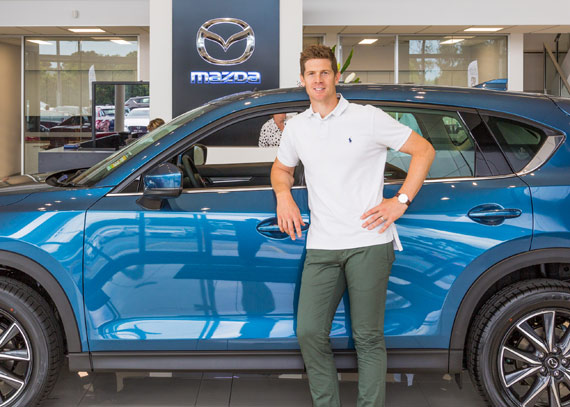 Mazda Australia is the major sponsor of the North Melbourne Kangaroos and we're excited to welcome their former star midfielder Nick Dal Santo as our own Brighton Mazda brand ambassador. Nick is a Brighton local and we've sponsored him with a top of the line new Mazda6. It's a car we think reflects his class and reliability as a 300-game player, plus it's spacious enough to fit Nick's growing family.

Nick will be joining us for event days throughout the year to sign autographs and have a kick with the kids, so make sure you’re following us on Facebook to keep up to date! Just make sure you watch out for the footy around all those car windows...